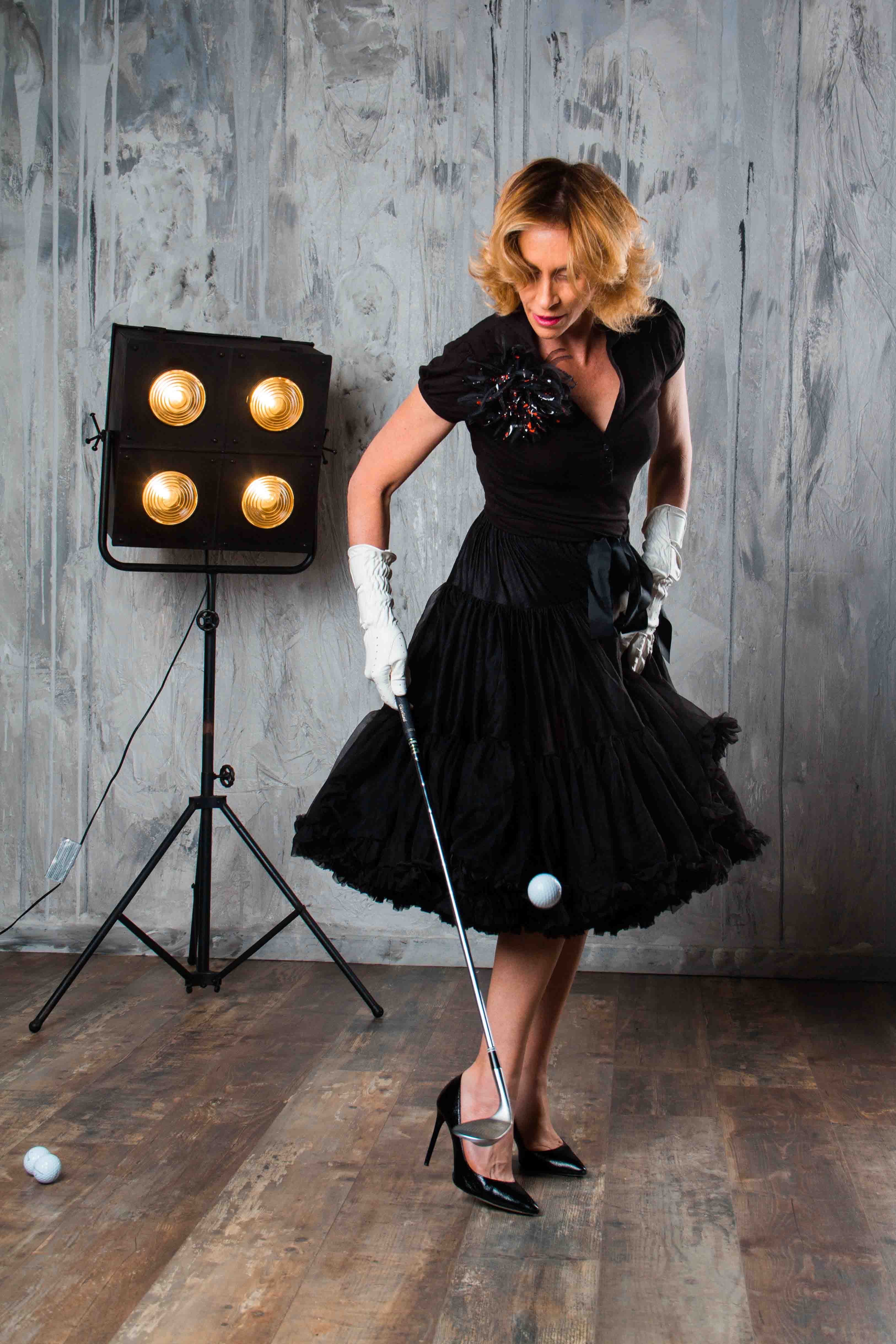 Isabella Calogero was born in Rome, lives in Genoa and works in Milan.

When she's not on the phone, behind the wheel or at the pc, she plays golf.

She has been played for the national women's team for over 20 years, winning 12 Italian titles and the International Championship of Spain.

Then she turned her passion into work producing, creating and conducting TV programs related to this sport and publishing three golf books.

She has been one of the Golf & Tourism Magazine writers for years, and creator of the first and only Italian blog dedicated to golf: "The Bogey Blonde".

Her style and charm are legendary, as is her sparkling personality.

Wishing her as one of the five Gloves Ladies was almost obvious.

And so it was.

The Gloves: a particular golf-related design model has been designed for Isabella. A one-off, made of white nappa leather, this model has an unusual length, a double strap and a curl on the wrist that makes it a golf glove reinterpreted in an exquisitely glamorous key. 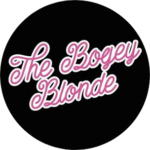 MY LOVE FOR WHITE GLOVES

Among my childhood memories, only one appears very clear to me, almost solid in its precision and, for once, not covered with that sort of delicate air of mystery which memories are made of.

It’s the image of my grandmother preparing to cross the threshold for a gala evening: standing, on that red carpet that seemed to my eyes still young as infinite as the dreams of the morning, she appears very elegant in her tailored cocktail dress studded with jewels like a watercolor, with bouncy hair as was the fashion in the early 70s and a silver minaudière placed under her right arm.

And it's right there, in that segment of skin that goes from the fingertips to the naked elbow, which, with a graceful but at the same time accustomed gesture, I watched her putting on the first of two long white gloves.

Forty-five years later, that pair of gloves is still here with me.

I have kept many others together with that first pair, witnesses of those cheerful years in which tiny and precious details were enough to turn me into the princess of the castle: some are made of satin, others of leather, others with mischievous buttons along the length of the forearm.

All of them have in common just one thing, besides the delicate tailoring: they are all white.

Exactly like those ones that I’ve been wearing for thirty-five years, almost every day, to play golf, my first and true passion, before it became my beloved job.

If there was a line of connection between the child I was that evening and the grown woman I am today, it would probably be paved with hundreds of white leather gloves: some are precious, others ruined and worn out by training, others – my favorite ones – are memories of the days when I felt like the queen of the world.

As a golf player, every game has always started with a single unmistakable and repetitive gesture over time: the fingers of the left hand that expertly slip into the tiny space of my white glove’s soft leather and, soon after, doing it up with a clean gesture on the back of the hand.

No matter if I have won or lost; my point today, however, is the hope of having the same elegance and the same behavior of my grandmother when, on that evening of forty-five years ago, she was wearing her white gala gloves. 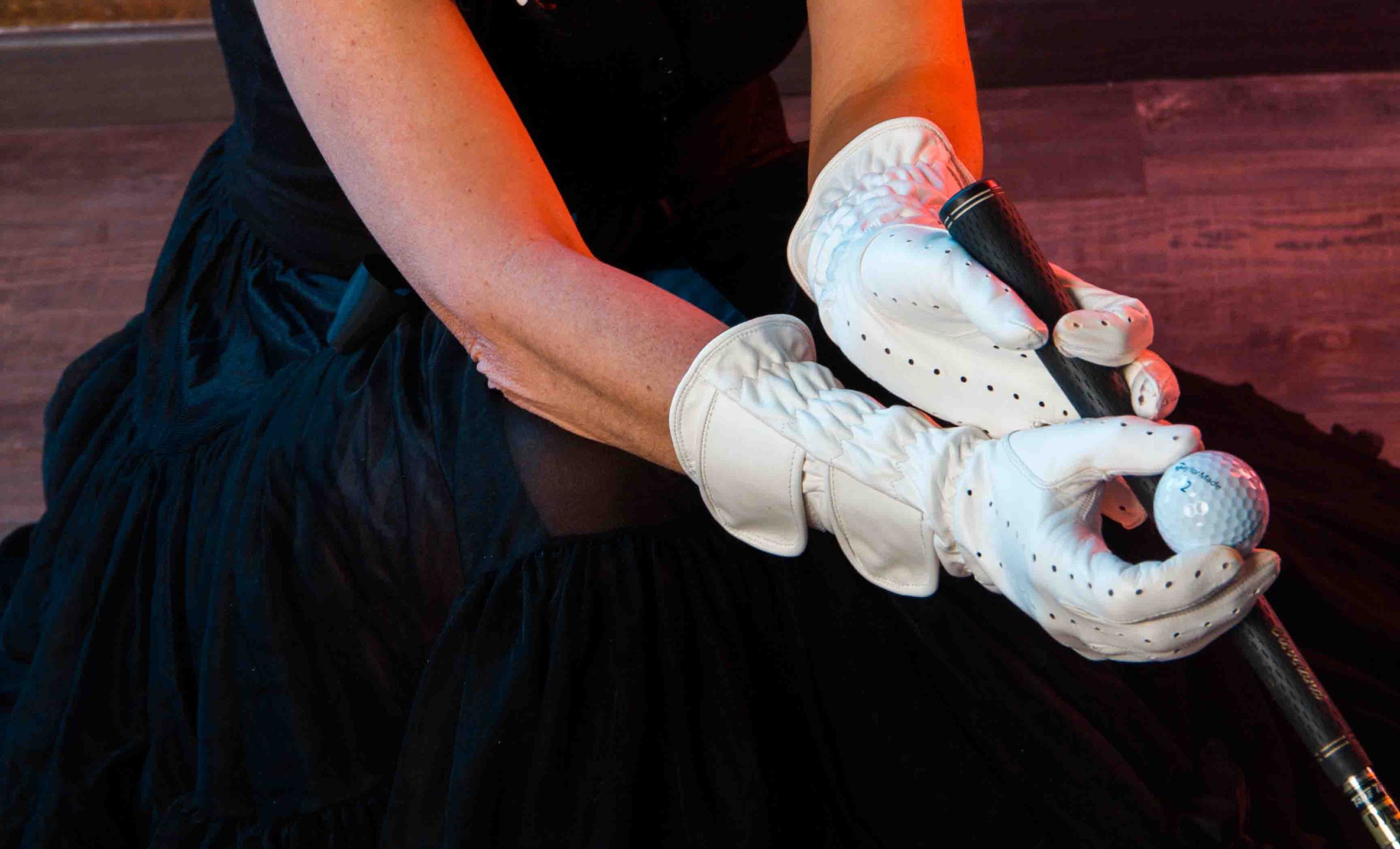