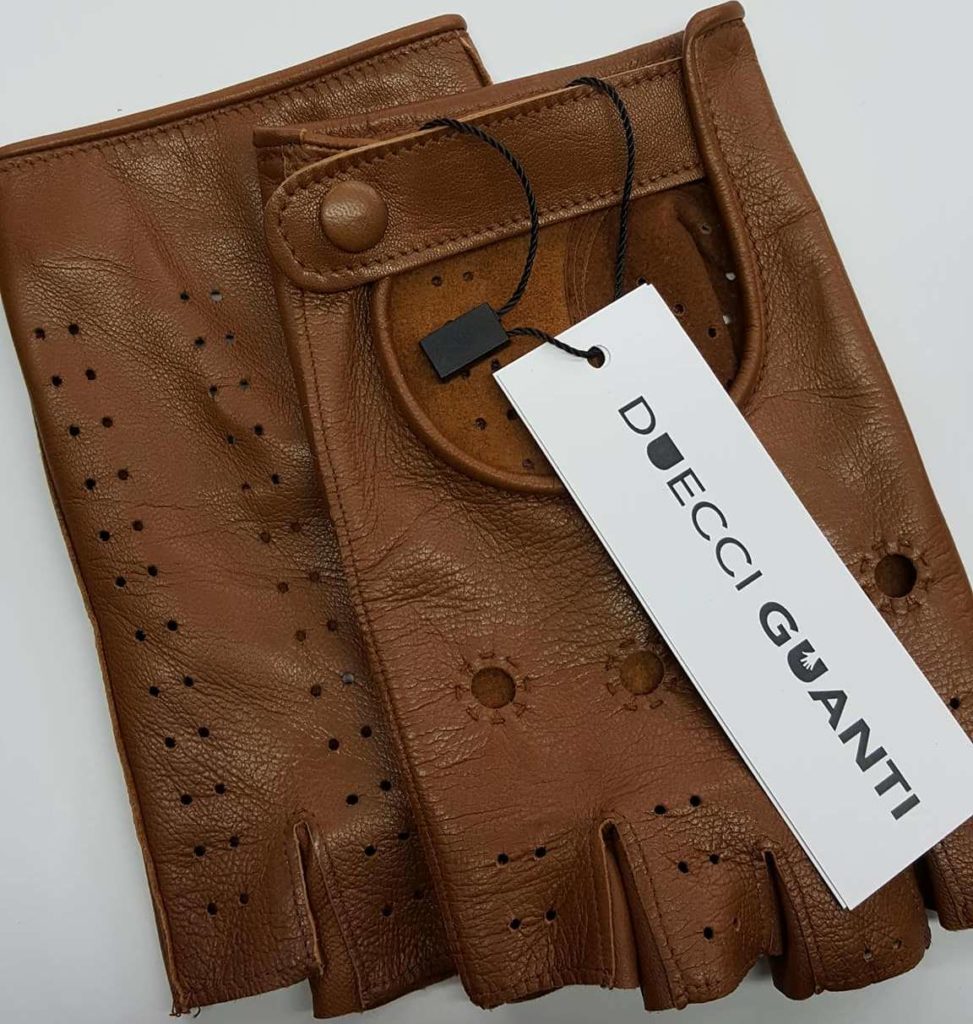 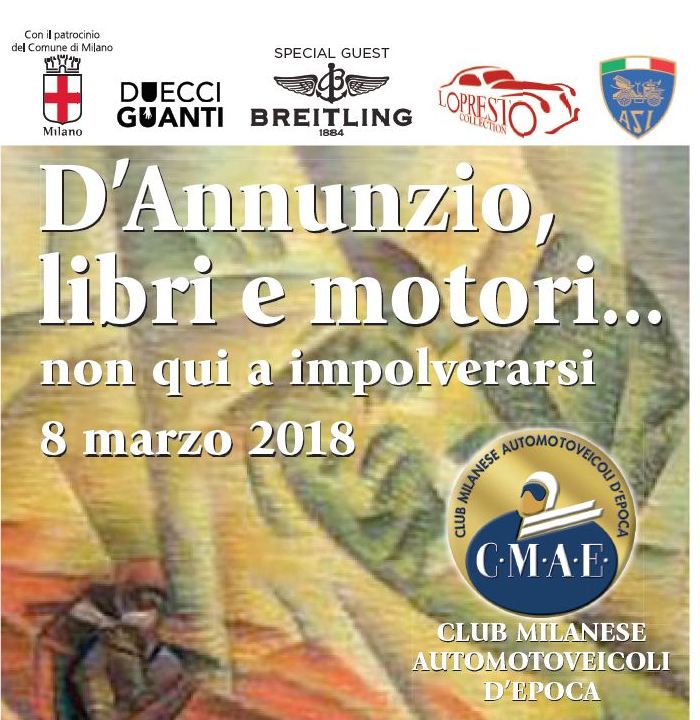 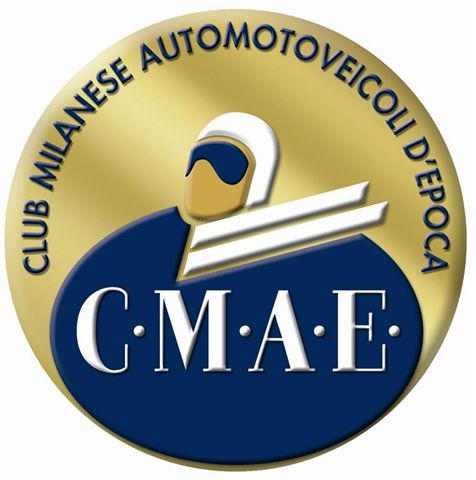 We had the honor and the pleasure of being involved in this prestigious event that took place on 8th March 2018 in Milan.

The occasion was the event called “Tempo di Libri”, where, at the same time, the friends of C.M.A.E. organized a beautiful, relevant event.

Twenty-five vintage jewelry, created during the D'Annunzio period between the early 1900s and 1935, were displayed at the Military Command of the 1st Air Region of Milano Linate Airport. After a lunch offered to press and participants, cars left for the city, not before receiving a valuable pair of driving gloves as a gift, made exclusively by our factory.

Covering a route that wound through Viale Forlanini, Corso XXII Marzo, Via Visconti di Modrone, Corso Monforte, Piazza San Babila, Corso Matteotti, Via San Pietro all'Orto and Via Pietro Verri, the cars went to the center of the Fashion District, where they arrived around 4:00 pm. The Air Force Brass Band, located at the intersection of Via Sant'Andrea and Via Montenapoleone, gave them a warm welcome.

Later, the journalist and historian Giordano Bruno Guerri held a press conference at the Larusmiani showroom in Via Verri 5, in memory of Gabriele D'Annunzio's Flight to Vienna (August 9, 1918), joined by General Silvano Frigerio, Commander of the 1st Air Region of Combat Forces Command of the Italian Air Force.

On this occasion, all those present were lucky enough to admire a historical photo of the time, as a proof of D’Annunzio’s venture, as well as his personal bag. 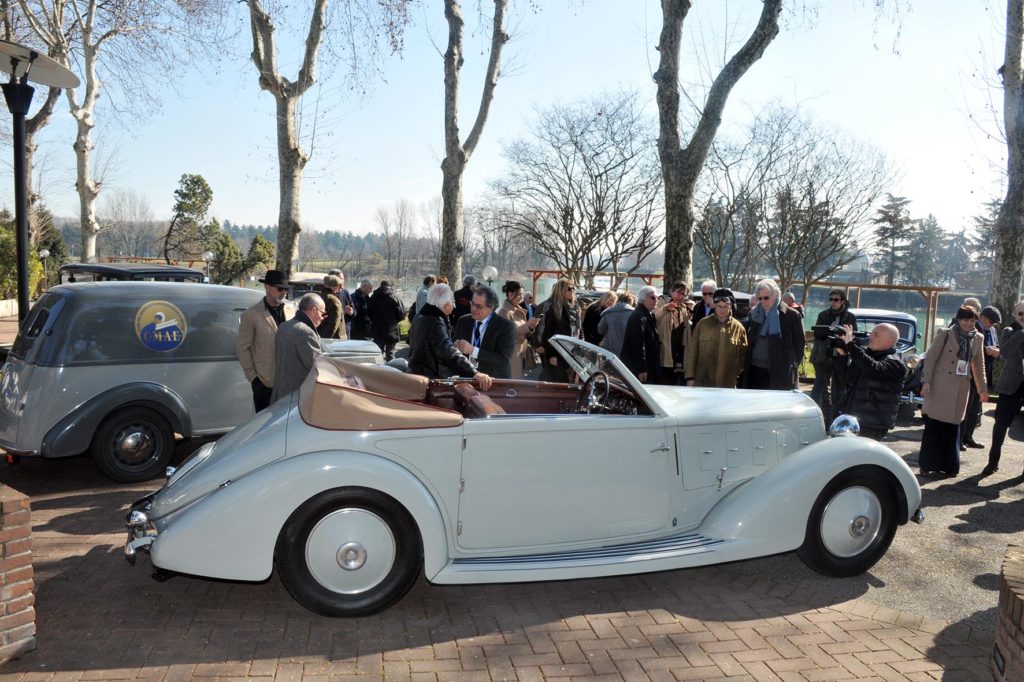 A refined powder-blue for this enchanting work of art. 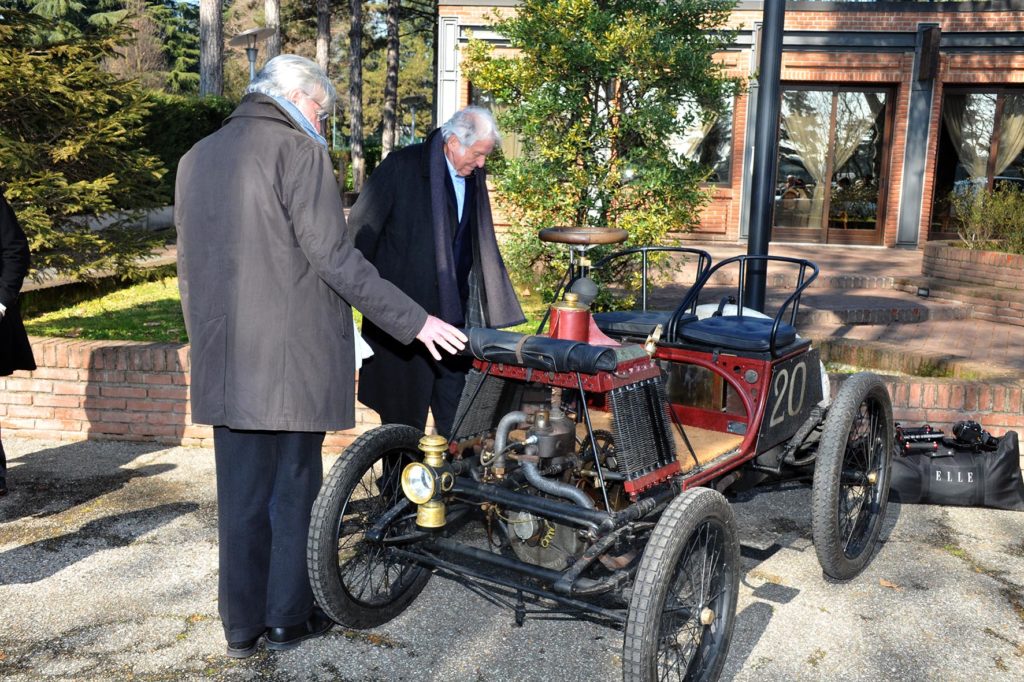 A bold French collector with a wonderful relic. 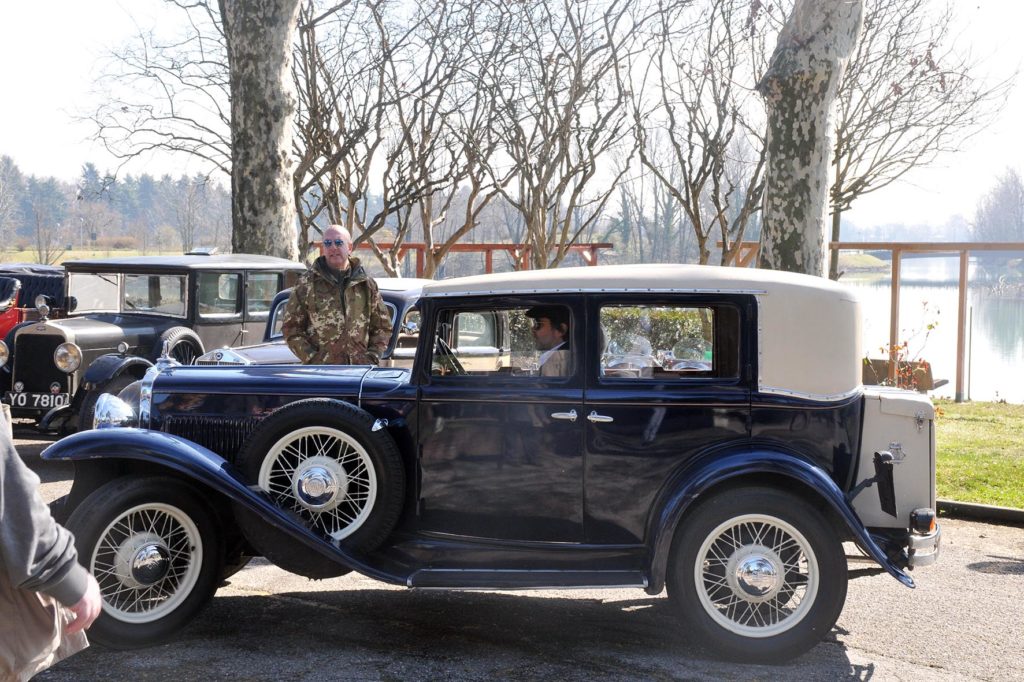 A sophisticated midnight-blue matches with a brilliant white giving life to absolute elegance. 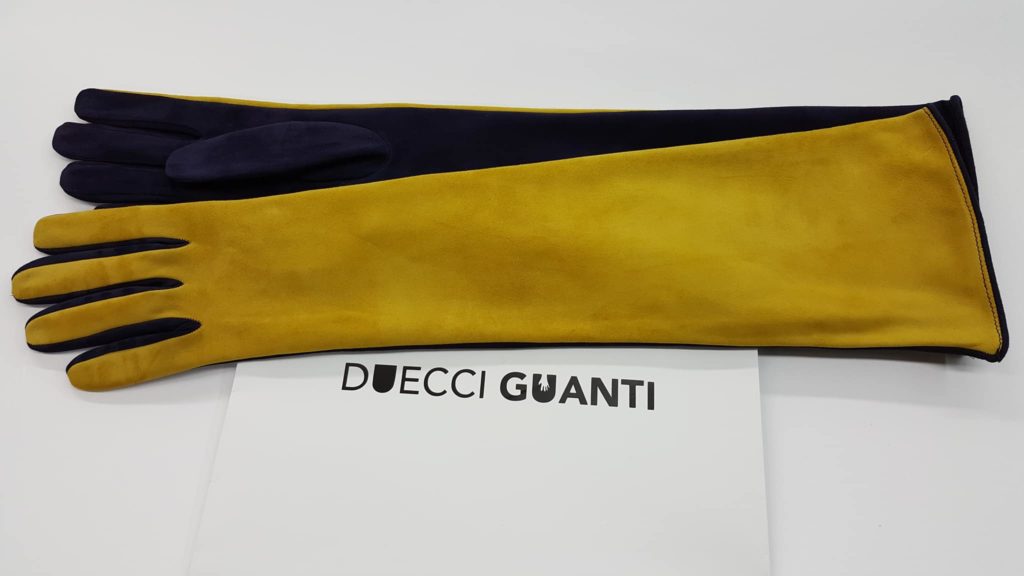 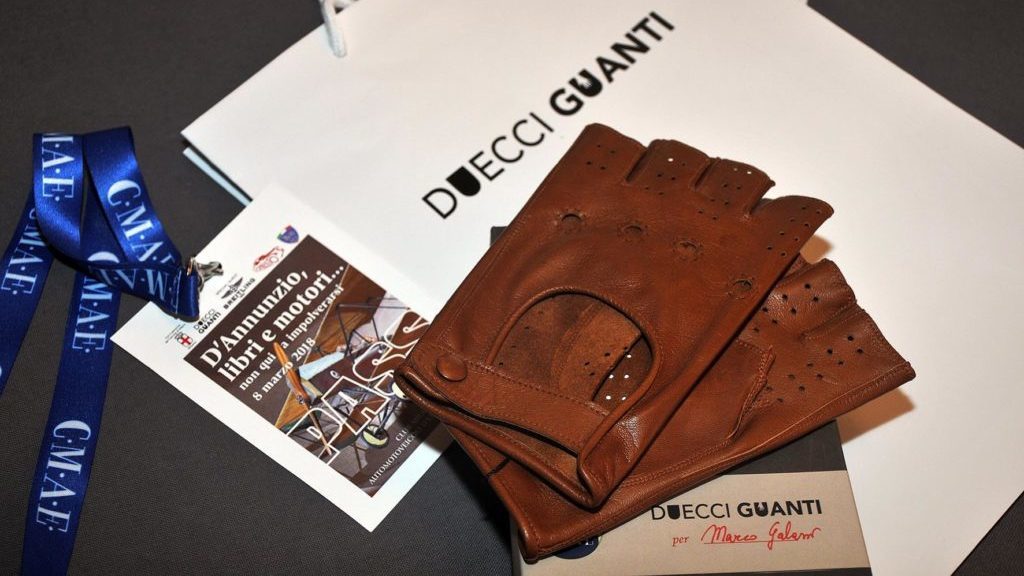 The gloves made specifically for the event and donated to all the drivers who attended the event. 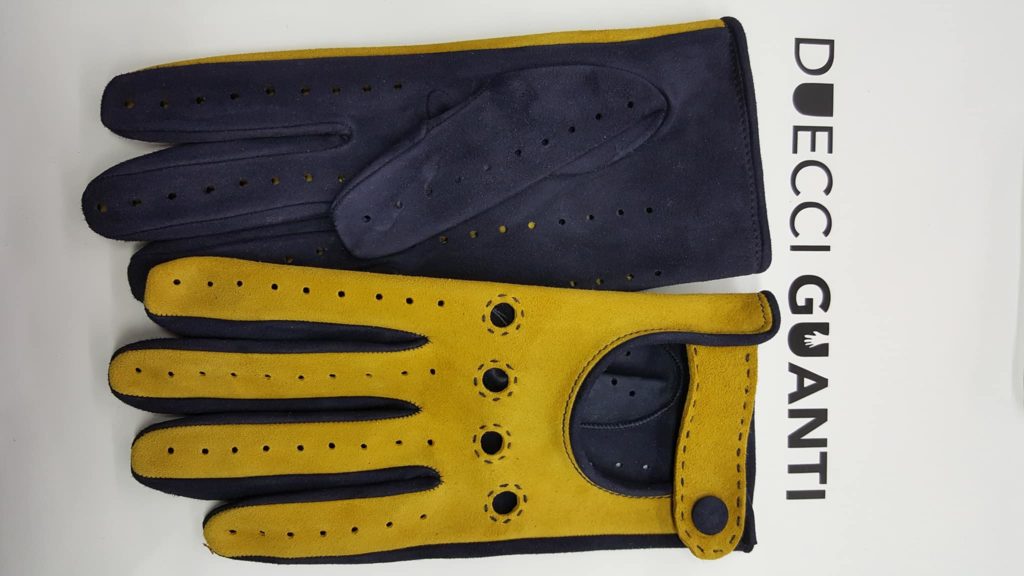 The driving gloves made exclusively for Mrs. Claudia Nori, Breitling Italia marketing manager. A glove that faithfully recalls the new colors of the famous brand of fine watchmaking. 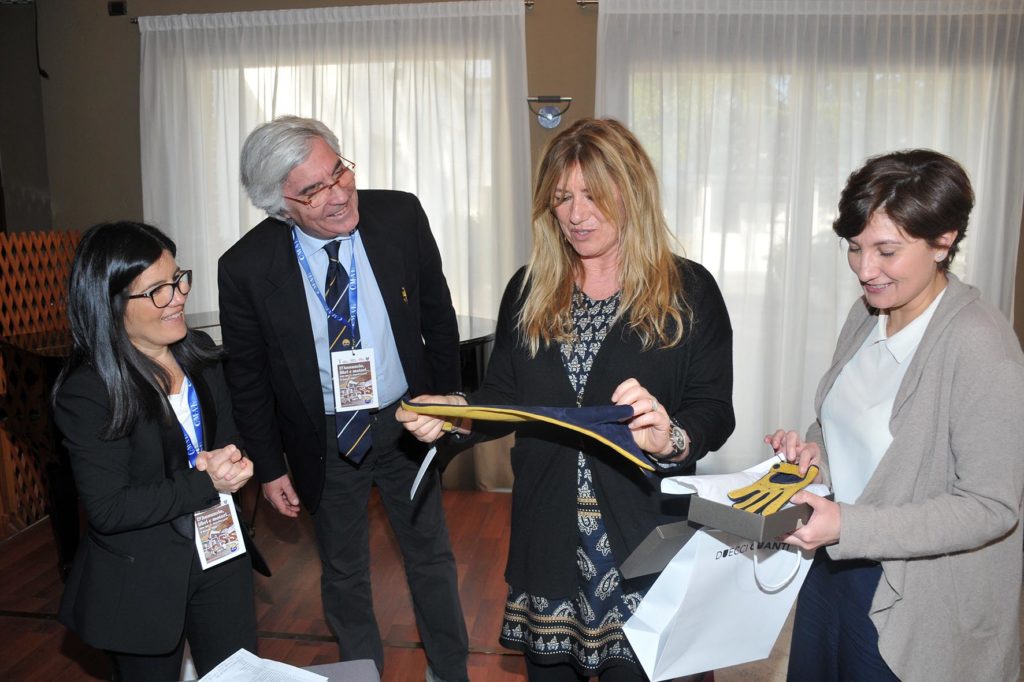 The delivery of customised gloves to the ladies of Breitling Italia. 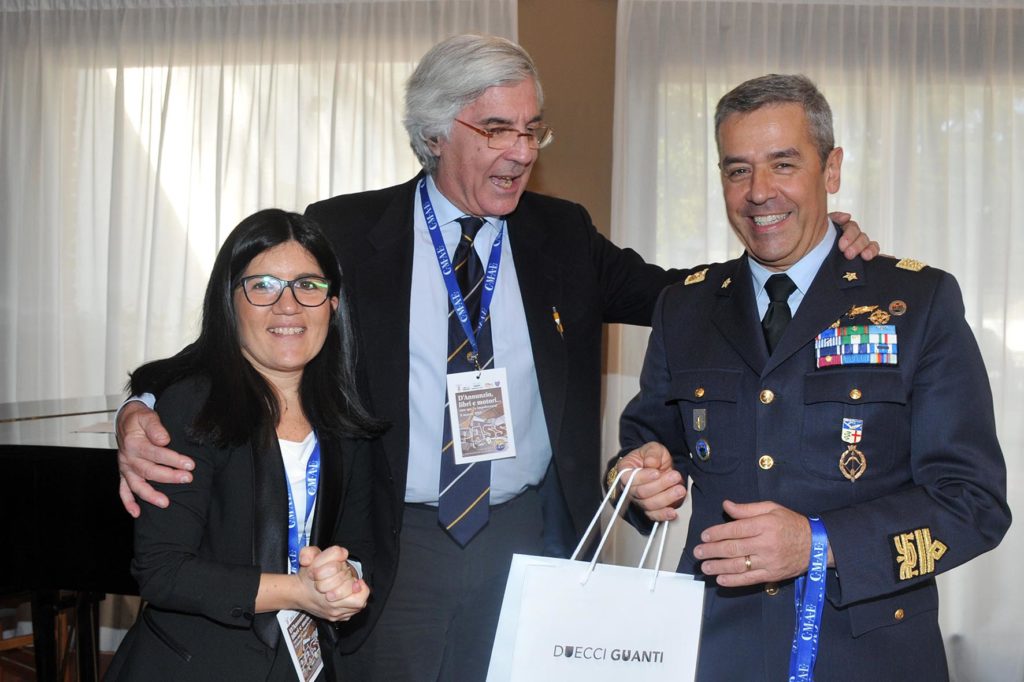 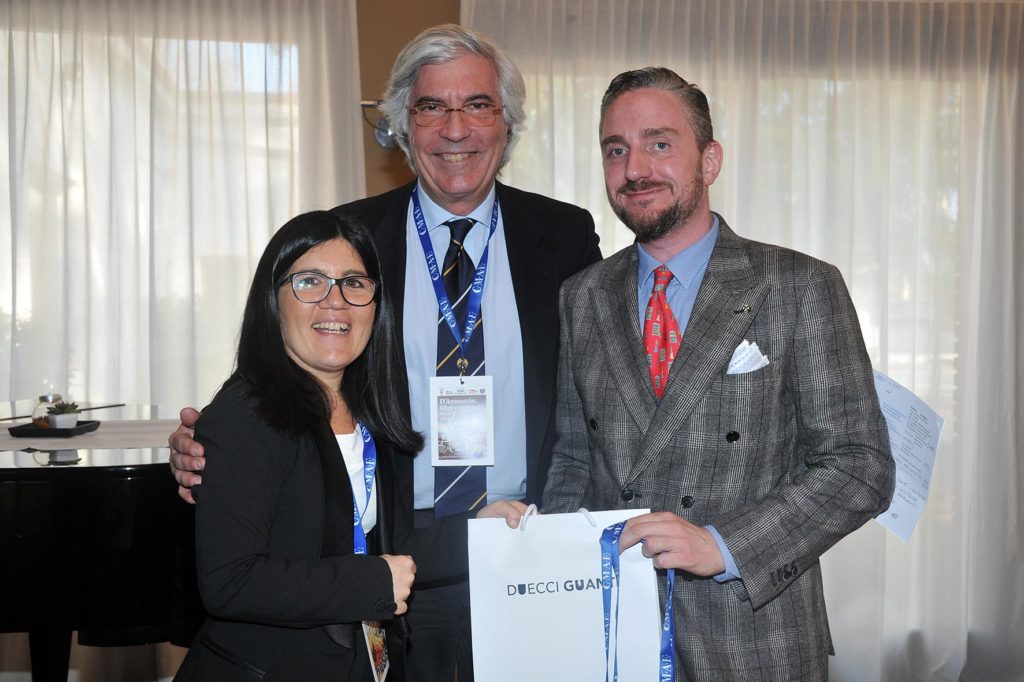 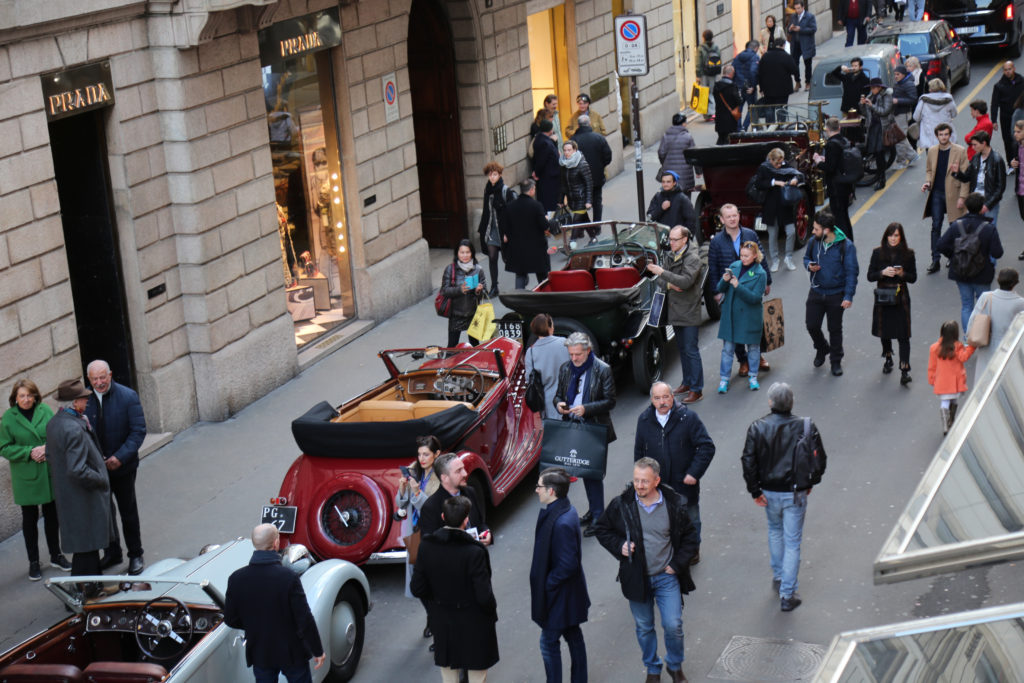 The event in Via Montenapoleone. 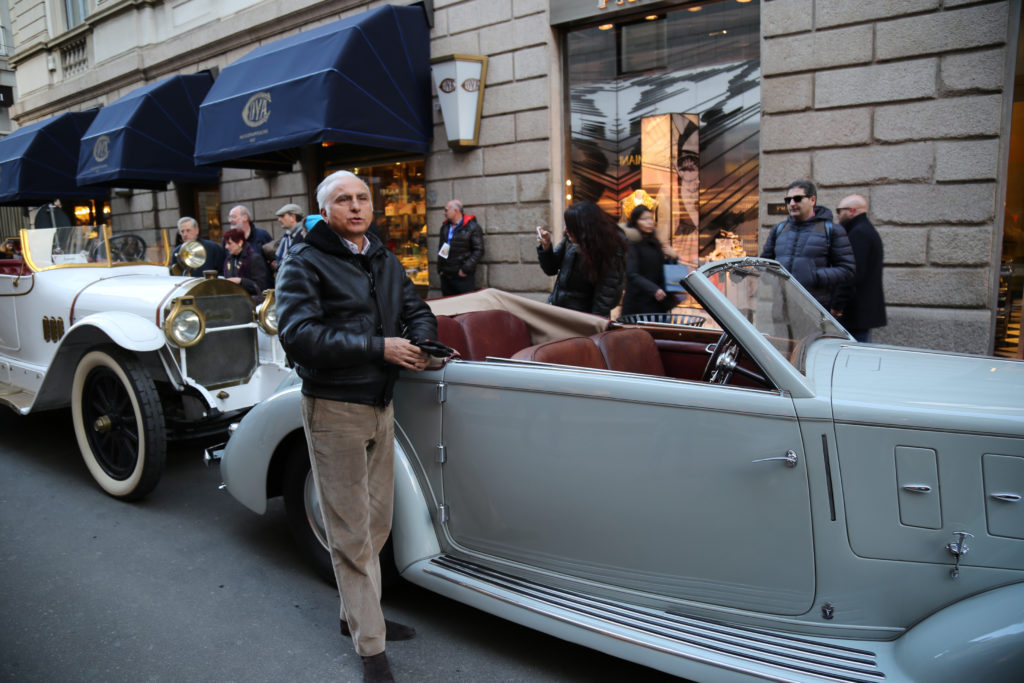 Architect Corrado Lopresto, considered the most important Italian collector of vintage cars in the world. 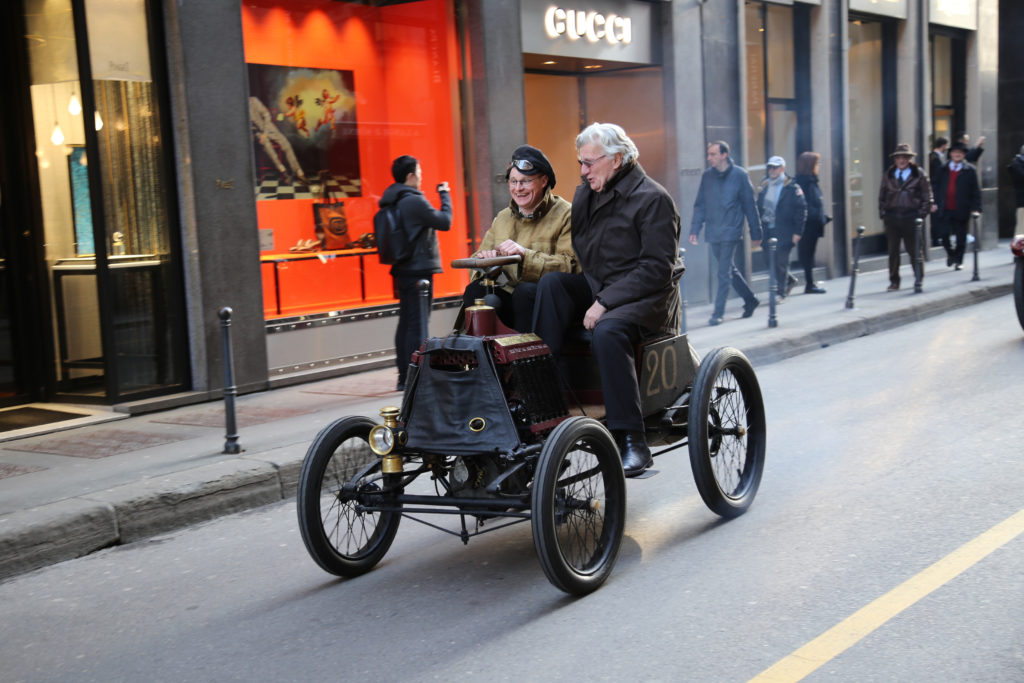 From France, a jewel dating back to the early 1900s. 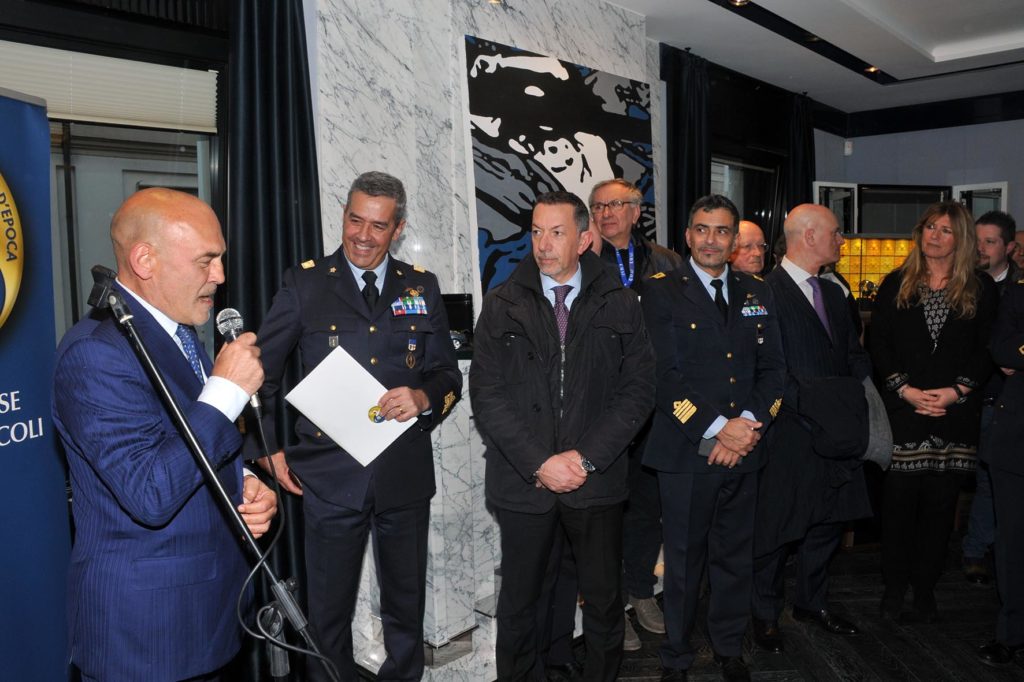 Guests at Larusmiani and the expected speech by Giordano Bruno Guerri, the president of Fondazione del Vittoriale degli Italiani. 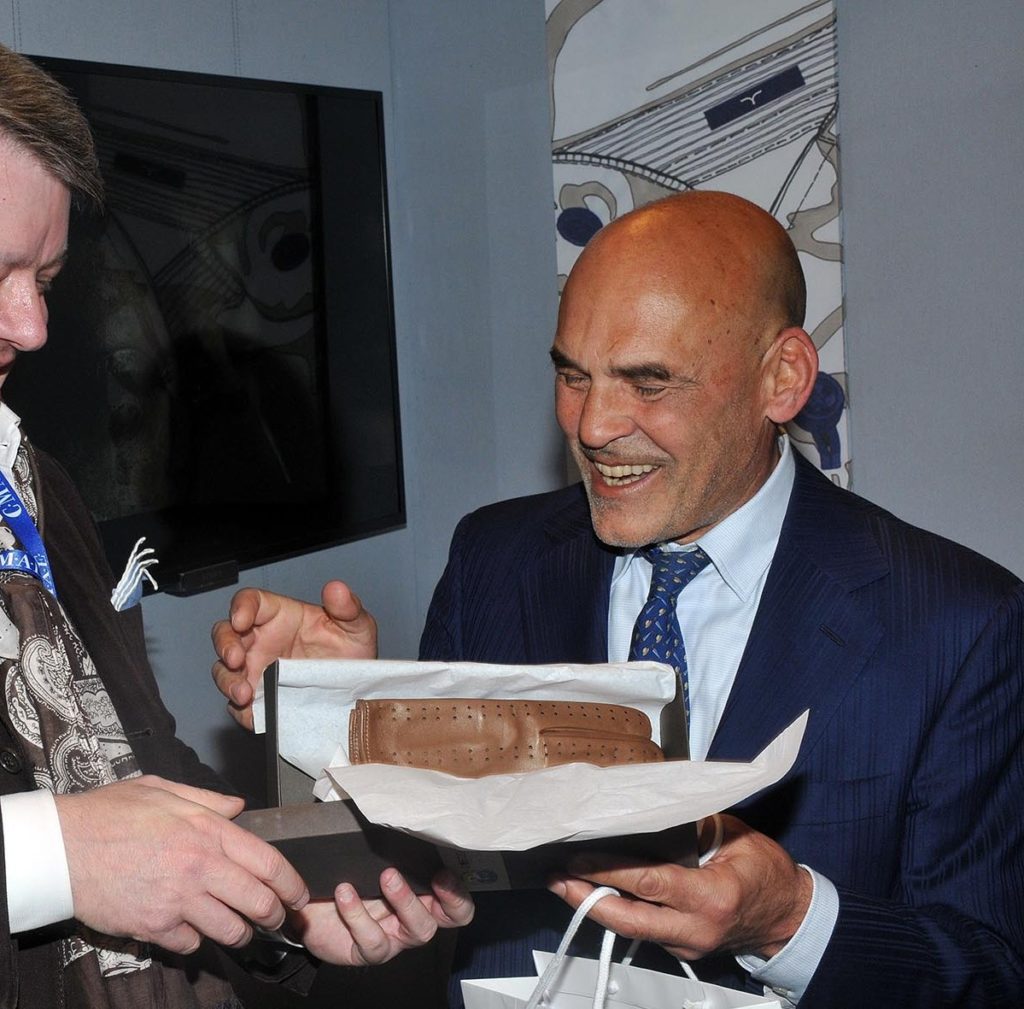 Giordano Bruno Guerri, the president of Fondazione del Vittoriale degli Italiani, receives the handmade gloves, made by our factory. 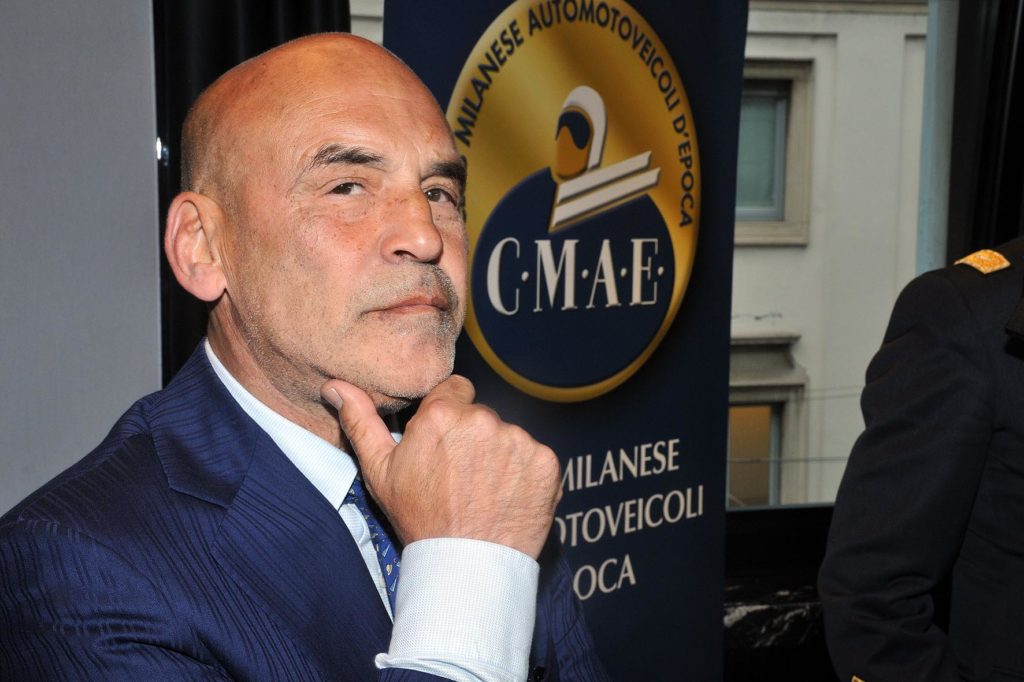 © The event images are the property of C.M.A.E. and DUECCIGUANTI.